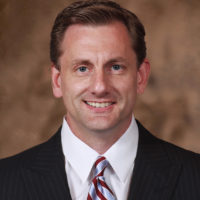 Gary is the Managing Partner and founder of Iron Range Capital Partners, LLC (IRC). IRC is an independent private equity firm focused on making investments in the lower middle market across a wide range of industries. Gary’s responsibilities include transaction origination and execution, due diligence, deal structuring and negotiation, and managing investments post-close. Prior to founding IRC, Gary was a Managing Director and Partner at Generation Growth Capital (GGC). While at GGC, Gary focused on buyouts and recapitalizations in manufacturing, distribution, consumer-related companies, business services and other industries as well as fund raising and market development activities.

Prior to joining GGC, Gary was a Partner with Alpha Capital Partners. Gary has substantial portfolio management experience and was an integral director on several Alpha Capital portfolio company boards. Alpha Capital is a Chicago-based private equity fund focused on lower middle market investing across a wide range of industries. In addition to his Alpha Capital responsibilities, Gary has served as Managing Director – North American M&A for NMGG (a sister entity to Alpha Capital). In this part-time role, he was responsible for originating, structuring, and closing new platform and follow-on investments for NMGG.

Gary, his wife and daughter live in the Lincoln Square neighborhood of Chicago. In addition to his responsibilities at IRC, Gary has a very active civic role. He currently serves on the Board of Directors for North Lawndale College Preparatory, a charter school for high school students. In addition, Gary is the Chairman of the Finance Council for St. Benedict Parish and is on the Advisory Board for UCAN, a non-profit organization helping youths who have suffered trauma. Gary is also a member of The Economic Club of Chicago. 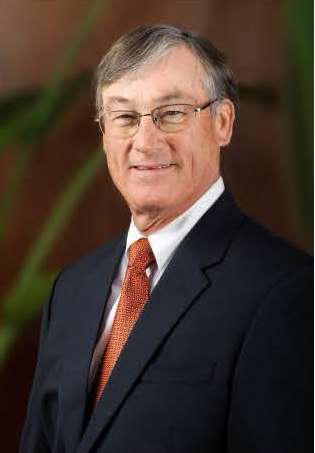 Bob is an experienced executive who has lead and managed diverse industrial businesses. He is currently President and Director of the Charlottesville Committee on Foreign Relations; Bob is a past Director of Fuel-Tech Inc. (Nasdaq- FTEK); of CVR Energy, Inc. (NYSE – CVI); of Atlas Pacific Engineering Co.; and of American Natural Soda Ash Corporation. During Bob’s executive career he was Chairman & CEO of Atlas Pacific Engineering Company, a privately held international manufacturer and leaser of specialty food processing equipment. Prior to that he was President of UNOVA (now part of Honeywell) Corporation’s Industrial Automation Systems segment; Group Vice President of Valspar’s Industrial Coatings segment; and Vice President or General Manager of businesses for Valspar, FMC, and Weyerhaeuser. Earlier in his career he worked for Exxon. Bob earned a mechanical engineering degree from Cornell University and an MBA from Harvard Business School. Bob and his wife of 44 years live in Keswick, VA. He enjoys golf, skiing, travel, reading, and the company of family and friends.

Randy Brooks is the former owner, president and CEO and of Hasko, Inc.  His career in the woodworking industry and the company has spanned over 46 years selling equipment to secondary manufacturers of wood products such as flooring, lumber, furniture, pallets, mouldings and components.

It began in 1972 at R. K. Haskew and Co. when he went to work in the shop for his dad and company president, Louis P. Brooks Jr. The company was owned by his grandfather and company founder R. K. Haskew.  The company was a buyer and seller of used woodworking machinery. Randy took an interest in refurbishing machinery and during the 70’s and 80’s established a well-equipped machine shop and cemented a national reputation as best of the best woodworking machinery rebuilders.

One primary focus of the company had been selling used and refurbished flooring mill equipment. This put the company in a strategic advantage when wood flooring began regaining market share that was taken by the carpet industry in the mid 70’s when cheaper tufted wall to wall carpeting was included in the homes.

RK Haskew and Co. was purchased by Randy in 1988. Beginning in the early and mid-90’s Randy began leveraging what the company had learned from rebuilding older used machines into the design of its own line of machinery for processing wood flooring. The company branded the Hasko name and “Heavy-Built” theme for its new products.

In 2002 the company moved to its present locations in Soddy Daisy, TN. The company name was changed to Hasko Inc. to better reflect the company’s focus on its proprietary product line which was the first modern and highly efficient machines available to flooring manufactures since the 30’s and 40’s.

From 2007 until present, Randy has been President of Haskan LLC, a scanning and software development company that was awarded Patent #9,958,428 for “Scanning System for Wood” that utilizes camera, laser and an exclusive non-contact ultra-sonic technology for detecting external and internal defects in wood.

In addition to the investment that Randy made in Hasko, Inc., he was also one of the ten original investors in the start-up bank, Cornerstone Community Bank in Chattanooga. He served on the Board of Directors from 1996 to 2004 and participated in raising start-up capital, the opening of four branches and growth to $300 million in assets.  Cornerstone merged with and is now part of SmartBank Financial.

As a lifelong aviator with a Commercial license, Instrument and Multi-Engine ratings, Randy has accumulated over 4,500 flight hours primarily during flights related to business development and customer support related to his career in woodworking machinery.

Randy lives near Chattanooga with his wife of 30 years and has two daughters.